Today marks the official start of the Commonwealth Games in the host city of Birmingham.

Arguably one of the most highly anticipated sporting events across the globe, the Commonwealth Games is a global spectacle that is expected to reach over 1.5 billion people on television alone. Hosting the Commonwealth games will bring many responsibilities and, alongside coordinating the main spectacle, organisers and local authorities hope to capitalise on the opportunity with strong social campaigns and Birmingham’s most ambitious regeneration scheme to date. It is these initiatives that will have a lasting impact on the region for generations.

The Commonwealth Games has already catalysed both direct and indirect investment for Birmingham, with extensive regeneration schemes taking place across the city. Alexander Stadium in Perry bar will act as an anchor for the games, hosting both the opening and closing ceremonies and securing a long-term legacy in Birmingham. £72 million has been invested in the redevelopment of the stadium.

As the focal point of the Games and an integral part of Birmingham’s future, over 5,000 homes will be delivered across Perry Barr in the coming years. With an investment of around £500 million, accessibility surrounding this area is also set for improvement, including additional transport, cycling routes and road work projects. In addition to making the area more accessible throughout the Games, the increased transport will allow resident more opportunities to use these facilities.

With the reach of the Commonwealth Games, and the anticipated surge in tourism, Birmingham will be well and truly in the spotlight. To maximise this exposure, additional projects have been approved to revitalise the city centre and have now been completed. Focusing on Victoria Square, a £25 million project will renew 40,000 sq. m of public realm, conducting repairs, increasing security and extending pedestrian access.

In addition to the completed regeneration projects such as the £25m public realm improvements, the £73m Sandwell Aquatics centre, and the £72m alexander stadium – significant core public investment of £778m spanning from homes to transport and facilities will see 5000 homes being built, and acceleration of investment into transport infrastructure in coming years.

When combined with the ongoing HS2 development, these improvements and additions to Birmingham’s built environment will drive further investment into the city. The benefits of this will be two-fold - the city itself will improve with amenities and cultural realms, while businesses will become more likely to follow the lead of HSBC, HMRC and PwC and headquarter their companies in Birmingham, subsequently boosting employment opportunities.

As the Commonwealth Games arrives in Birmingham, and with these regeneration schemes complete, the myriad of opportunities to be had within the city will be showcased to the world. Combined with the trade deals that take place during the event, Birmingham’s expanding network will encourage further inward investment from both Commonwealth and non-Commonwealth countries.

But the ability of international sporting events to spark regeneration is nothing new, and authorities will be looking to emulate Manchester’s 2002 Commonwealth Games and London’s 2012 Olympic legacies.

In 2002, the games saw construction of the City of Manchester Stadium and surrounding  Sportcity (now Manchester City’s Etihad campus), alongside extensive regeneration works to the Ashton Canal Corridor, Piccadilly Plaza and the Ancoats Urban Village – now one of the most popular residential areas in the city.  Hosting the 2002 games, alongside continued events like the Great North Run, is seen by many as the spark which lit Manchester’s regenerative fuse, providing developers with solid market evidence on which to base their investments and showing that, with the right improvements, derelict former industrial centres can thrive once again. Whilst progress stalled as a result of the 2008 financial crisis, this confidence was displayed in 2014, with the forming of a £1 billion ‘commercial venture’ between the Abu Dhabi United Group and the council to regenerate East Manchester. Since hosting the global event, investment into this UK city has increased tenfold, and provides a framework of what could be in store for the West Midlands.

The successes of the Manchester 2002 Commonwealth Games are in part credited with London’s successful bid to hold the 2012 Olympic Games, which too saw large swathes of the East End’s derelict industrial land reclaimed to form the Olympic Park. In addition to the physical sporting infrastructure, a continued and ambitious transformation programme has built a new dynamic heart for East London, creating two new business districts and 40,000 jobs by 2025, whilst delivering 24,000 new homes by 2031. The project has also shown how urban regeneration can be sustainable and environmentally friendly. Since 2012, the post-Olympic landscape has been transformed with more than 35km of pathways and cycleways, 6.5km of waterways, 4,300 trees, playgrounds and a park hosting year-round events and sporting activities – a scheme which has seen bird numbers substantially increase and endangered invertebrate species begin to inhabit the park.

So if the successes of these events can be emulated, the ripple effect of future investment will propel Birmingham for many years to come. Not only will it solidify the city’s ranking amongst UK hotspots and on the global stage, but the potential for leisure and employment options will continue to increase. With the (soon-to-come) improved access to London, along with a plethora of amenities and jobs, Birmingham - and the wider West Midlands region - will be a hub of opportunity. 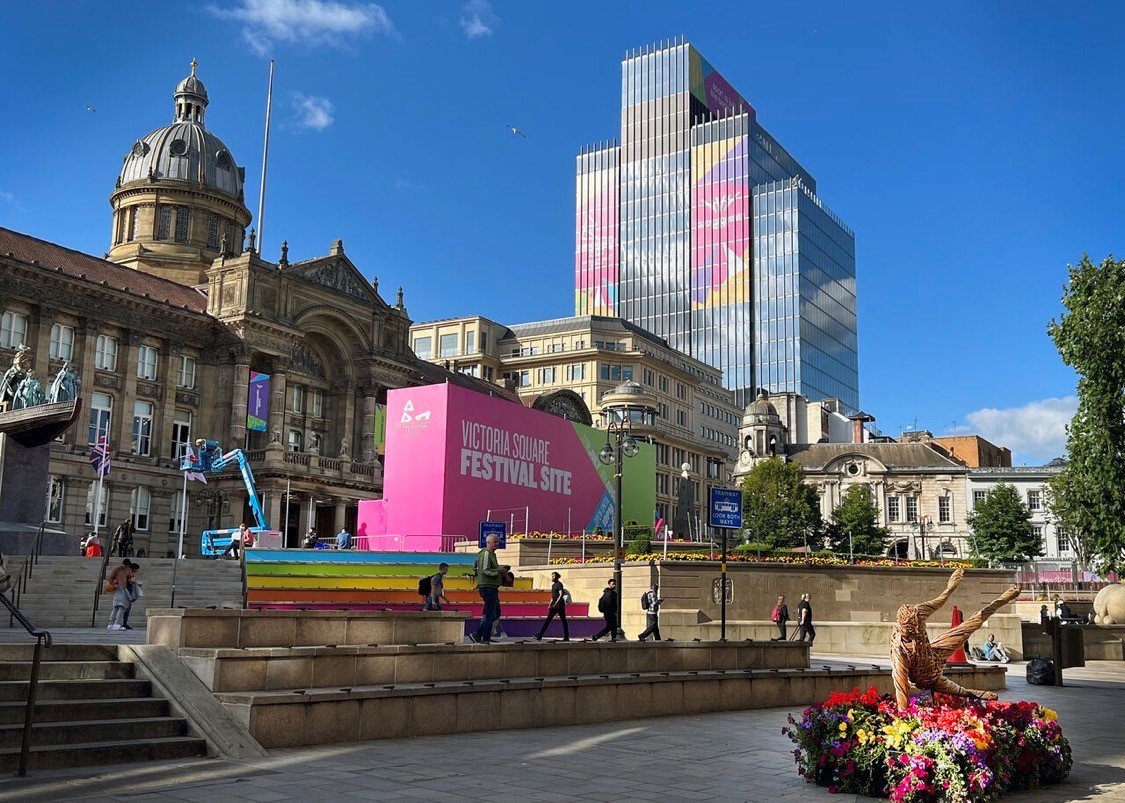